After three successful years, we want to extend our sincere gratitude to those who have supported us through the implementation and journey of RISE. 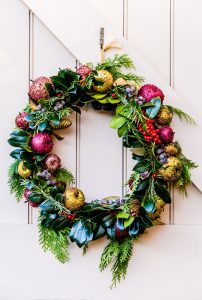 As we closed outÂ the program on December 31, 2018, we wanted to reflect on the stories of those who have been impacted through the service of this project.

I was at the lowest point in my life. I was unemployed, homeless, and without hope for a positive change. I was visiting my local WorkSource office, trying to work on my resume and hoping I could find a job to rebuild my life. They had an informational meeting going on about the RISE program that day, and as easy as that, I enrolled. My time in the RISE program has changed my life for the better. Sara Sheldon was a phenomenal caseworker; had it not been for her help I would not be where I am today. Thanks to my time in this program, I was able to gain certification within my field of choice and work an internship at an establishment within that field of interest. The impact this program has had on my life will stay with me forever and will always be a positive memory in my story. -Name Withheld, Pierce County 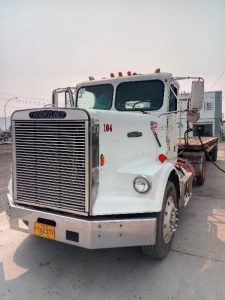 ScottÂ came to our program while looking for work. When we met, he was receiving assistance through Section 8 in order to maintain housing stability. Scott had been struggling to find employment and was uncertain of what he wanted to do. After brain storming, and some hit and miss ideas, Scott revealed to his caseworker, AJ that his dream job would be to drive a big rig across the country with a dog by his side. Shortly after completing an internship and paying for Scott to get his forklift certification, we decided to enroll him in commercial driver’s training through Drive509 in Spokane.

Scott was so excited to start his classes last March and received his certification in late April 2018. After completing his training, Scott made a move back to his hometown of Medford, Oregon. Scott called his caseworker shortly after his move to announce that his certification helped him to land a job with a former employer of his, a local fruit company called Names Inc. Scott’s job allows him to transfer produce to different warehouses and he is loving it. Scott got himself a dog and soon plans to be traveling across the country. -Scott, Spokane County 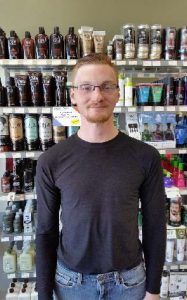 ZachÂ was living at his boyfriend’s mother’s house when he came to RISE back in November 2017. He was determined to find a career and quickly engaged in Strategies for Success. Zach’s background added some challenges to his job search, however with joint support from his caseworker and career navigator, as well as peer support he received in class, he was able to gain the confidence he needed to pursue his dreams. Zach participated in Work Based Learning with Second Harvest and eventually found his place at CDA Windows.

After completing his 240 hours of WBL, Zach was hired on full time. After 90 days of retention, Zach exited successfully from the program. Zach told his caseworker that he is no longer afraid to look for work and feels confident in his future. -Zach, Spokane County

In the beginning of what was to be my senior year in high school, I was incarcerated for a crime I had committed shortly after my 18th birthday. After serving nearly 22 years in prison, I was thrust back into society with $40, a little bit of funds I had managed to save over the years, and the option of a bus ticket to anywhere in the state I wished to go. The only family I had left upon my release was my mother and my younger brother. Aside from the estranged relationship that had developed over the years with my younger brother, both him and my mother were not in a position financially to provide the stability and financial support that I needed to ensure my smooth and successful transition back into a society that was now both unfamiliar and unforgiving in my eyes.

While during my incarceration, I was proactive in my education, and convinced that I was ready for release, I realized very quickly that being “ready” for release and being prepared for release were two very different ideals. While I wanted out of prison, I wasn’t prepared for how expensive everything was now that I was out in the “real” world. At times, I have felt panic and a feeling of suffocation, not knowing if I would make it out here in a world in which many have become complacent to the day to day struggle so many like myself face.

When I was at my lowest, my RISE case worker and Career Path Services were one of very few to recognize my struggle and invest the time and patience I needed when I needed it most. From the gas vouchers and vehicle repairs that aided in my ability to make it to work every day, to the financial aid and counseling which helped ensure that I had food to eat and a warm roof to sleep under, this program has been a God send. Ms. Hanson recognized the uncommon history from which my struggles were born and has given me invaluable support, mentorship, and encouragement during times that I have felt I would not make it in this “new” and still unfamiliar society.

It has been through her continued patience and effort in believing that I can and will succeed in this transition, coupled with the faith that Career Path Services has placed in their staff’s judgment, that I have found to turn hopelessness into confidence which has also enabled me to develop a sense of optimism and excitement for the days ahead. This program has saved my life and I am forever grateful for the continuing and unwavering support it has provided me. 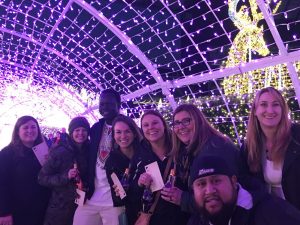 HavingÂ Mr. Jok Nhial as a caseworker was the best experience for me. Jok and the RISE program helped me with the basics I needed to get out of the house and engage more in my career search. Jok was always available to talk about my job search and offered me encouragement and feedback on how to improve my strategies. Through RISE I was able to receive assistance with my transportation and a paid internship, as well as support with developing my resume and engaging in mock interviews. Thanks to the motivation from Mr. Jok & the RISE program, I now have a job working full-time, making wages above minimum. -Peter, King County